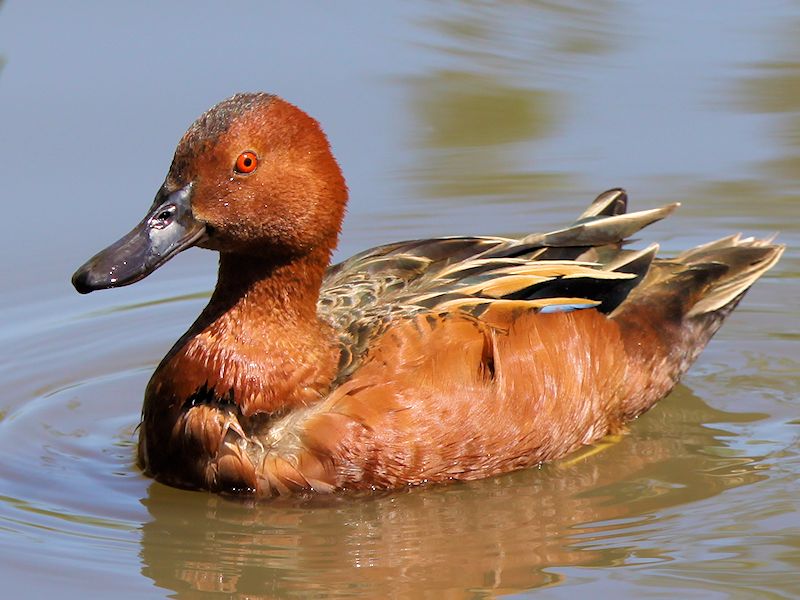 The Cinnamon Teal is a dabbling duck widely seen in North and South America and are also rare visitors to the East coast of the United States.

The Cinnamon Teal is a close relative to the Blue-Winged Teal and are known to interbreed with them.

Appearance - Male
The male has a Cinnamon-Red head and body, a Brown back, Red eye and dark bill. The upper wing coverts are Blue with a metallic Green speculum bordered with White in front and Buff behind, dark rump, and tail and legs and feet are Yellow-Orange.

Appearance - Female
The female has a mottled Brown body, a pale Brown head, Brown eyes and a Grey bill. Legs and feet are dull Yellow. 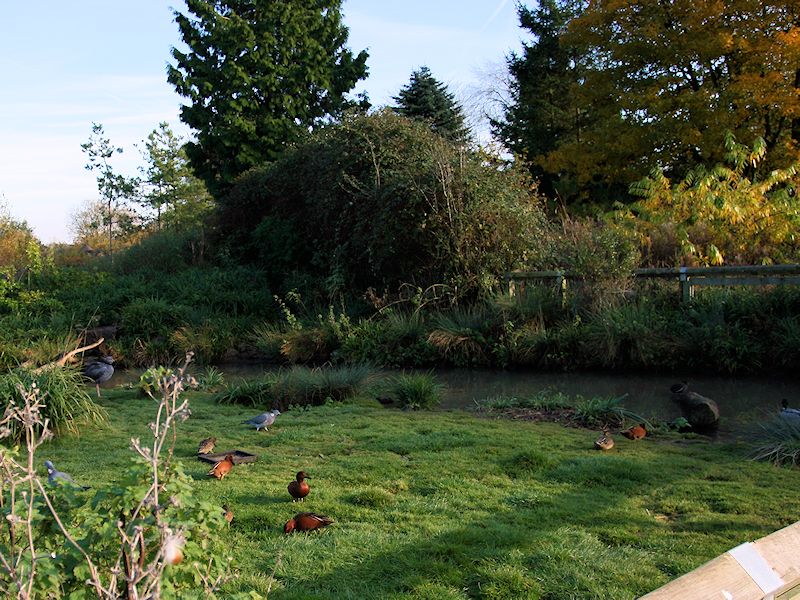 The Cinnamon Teal can be found in the South America Zone, along with the following wildfowl:-