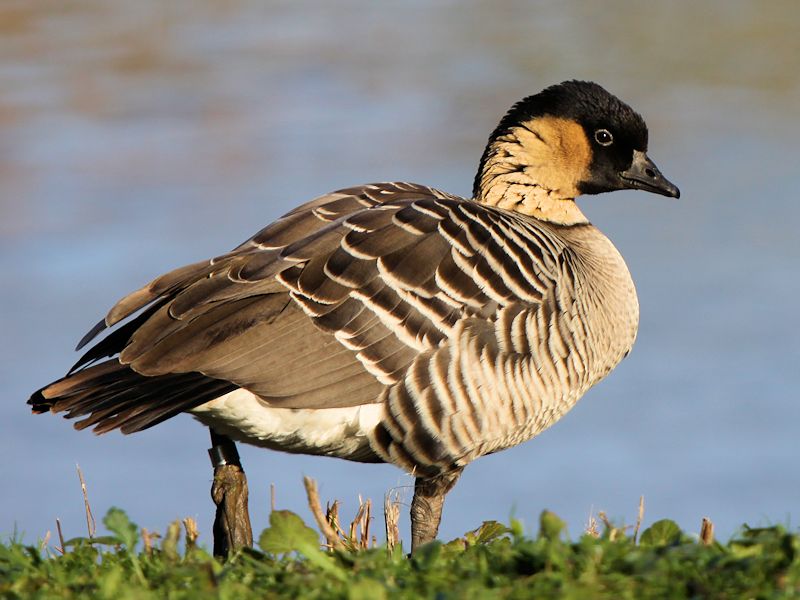 The Hawaiian Goose, also known as the Nene, is endemic to the Hawaiian Islands of Maui, Kauai and Hawaii.

The Hawaiian Goose evolved from the Canada Goose which probably arrived on Hawaii shortly after it was formed some 500,000 years ago.

The Hawaiian Goose is the World’s rarest Goose and although its numbers have fell due to hunting and attack from predators, it was bred in captivity by Sir Peter Scott at WWT Slimbridge and reintroduced to Hawaii.

Appearance - Male
The male has a Black head and hind neck, Buff cheeks, and heavily furrowed neck. The neck has Black and White diagonal stripes. The bill, legs and feet are Black.

Appearance - Female
The same as the male.

Nest
The nest is built on the ground lined with down and concealed by vegetation. 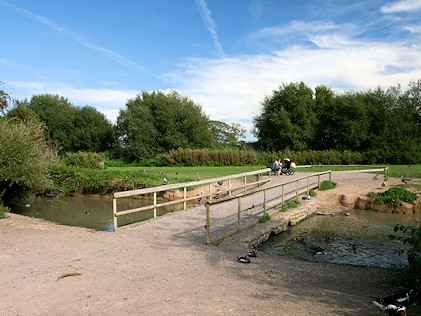 The Hawaiian Goose can be found in the Geese Of The World Zone, along with the following wildfowl:-