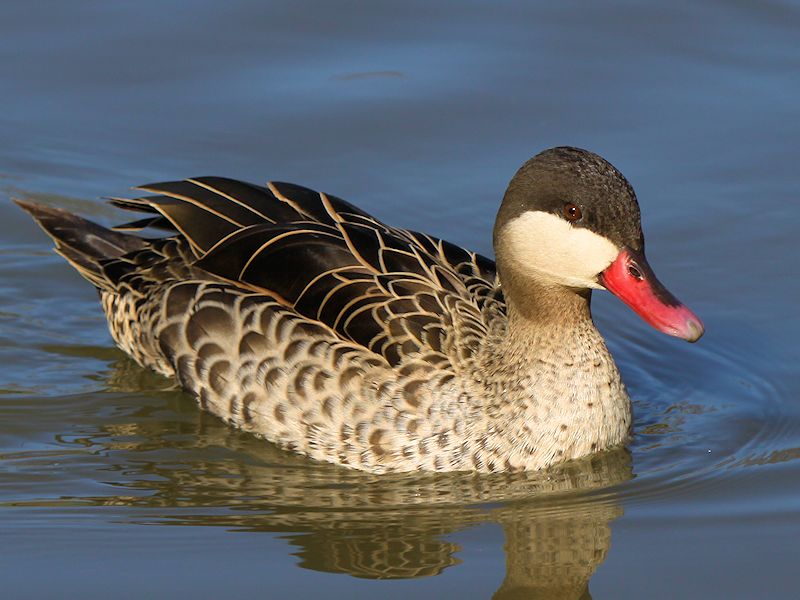 The Red-Billed Teal, also known as the Red Billed Duck, is a dabbling duck from Africa and is similar to the White-Cheeked Pintail.
(Compare the two Ducks.)

The Red-Billed Teal feeds in shallow water, mainly in the evening or at night and are often found in pools and flooded areas.

Appearance - Male
The male has a dark Brown cap and nape, a pale face from below the Brown eye and bright Red bill with dark Brown running down the center. The body is a dark Brown scalloped with White, lighter underparts and dark Brown wings with secondary feathers buff with a Black stripe across them. The feet and legs are dark Grey.

Breeding Time
January to October, depending upon location.

Nest
The nest is built in a depression in the grass on the ground amongst dense vegetation near to water.

The Red-Billed Teal can be found in the Lesser Flamingo Zone, along with the following wildfowl:-