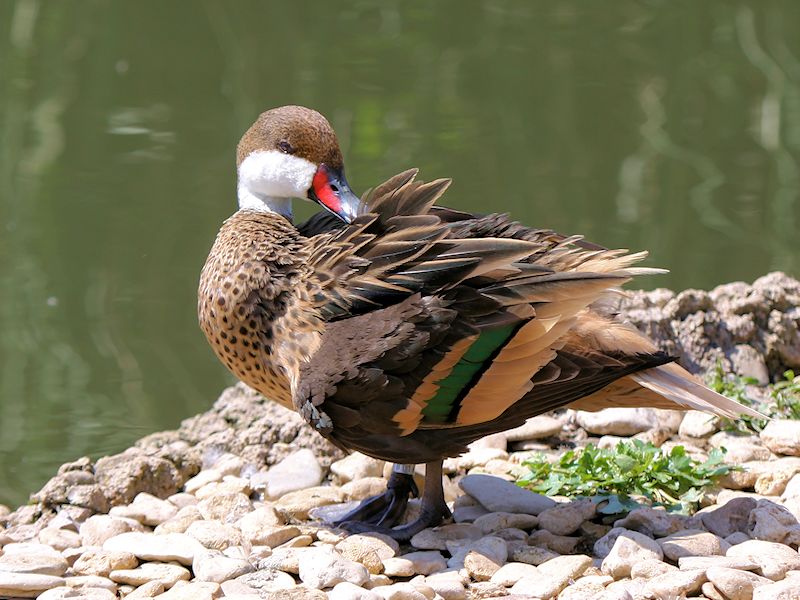 The white-Cheeked Pintail, also known as the Bahama Pintail, is a dabbling duck found in South America, the Caribbean and the Galapagos islands and is similar to the Red-Billed Teal.
(Compare the two Ducks.)

Appearance - Male
The male has a Brown crown which finishes just under the Brown eye and goes down the nape, White cheeks and throat, a Blue/Grey bill with Red either side of its base. It has a dark Brown back with light Brown scallops and a light Brown to White upper tail. The breast and under-parts are light Brown with dark Brown spots. The legs and feet are dark Grey.

Appearance - Female
Similar to the male but slightly duller.

Nest
The nest is built in a depression in the ground lined with grass and down concealed by Vegetation near the water.

The White-Cheeked Pintail can be found in the Pampas Pen Zone, along with the following wildfowl:-