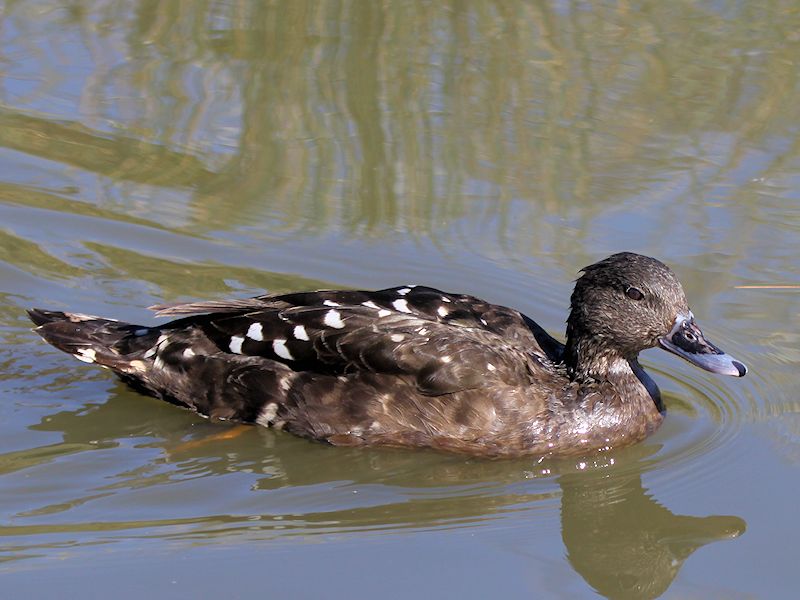 The African Black Duck is a dabbling duck of the genus Anas and is genetically closest to the Mallard but with different behavior and plumage. It has been placed in the subgenus 'Melananas' pending further research.

The African Black is a very shy and territorial duck. It is usually seen in pairs or small flocks. It breeds throughout the year in different areas with only the mother takes care of the young.

Appearance - Male
The African Black Duck has a Blackish-Brown plumage with White markings on its back, Grey bill with Black markings, Brown eyes, pale underwings, distinctive Blue speculum, and Yellow legs and feet.

Habitat
Though it likes to stay in Rivers and Streams during the day it prefers large Open Waters during the night.

Nest
The African Black Duck makes its cup shaped nest out of driftwood and matted grass near running water.

The African Black Duck can be found in the Lesser Flamingo Zone, along with the following wildfowl:-