The American Wigeon is a species of dabbling duck. The wigeon can be identified from other dabblers by its round head, small bill and short neck.

The Wigeon often gather with coots and divers on the water and are known to feed off vegetation brought to the surface whilst the divers are feeding.

The American Wigeon is also known as the 'baldpate' due to the light patch on top of its head.

Appearance - Male
The male American Wigeon has a Green stripe running from the eye down down the nape of the neck and a Cream coloured cap from its crown to its bill. The bill is pale Blue with a Black tip, the throat and cheeks are a Black spotted Creamy White colour. The breast and flanks are a Pinkish Brown with the undersides being White. The legs and feet are Grey.

Breeding Time
End of May to early June.

Nest
The nest is constructed on the ground from grasses and twigs and lined with down. 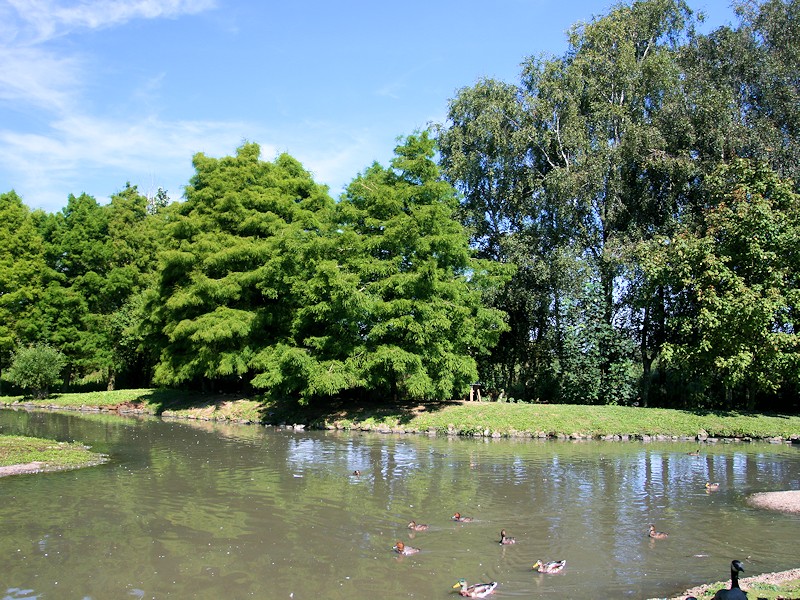 The American Wigeon can be found in the North America Zone, along with the following wildfowl:-