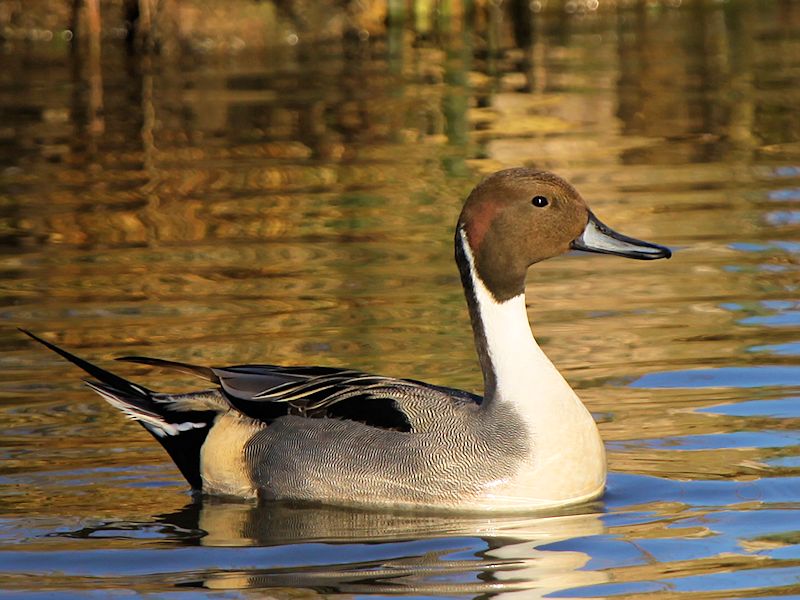 The Northern Pintail is a dabbling duck that breeds in the northern areas of Europe, Asia and North America.

It is highly gregarious when not breeding forming large mixed flocks with other spicies of ducks.

The Northern Pintails hugh range and large population means that is it not threathened globally.

The males call is a soft whistle similar to the common teal and the female has a Mallard like quack.

Appearance - Male
A large duck with a Chocolate Brown coloured head and a thin White stripe running down from the back of its head to its neck. It has a White breast and belly with Greyish flanks. It has Black stripes on its back, a Blue-Grey bill, Grey legs and feet. It also has a long pointed Black tail.

Appearance - Female
The female plumage is more subtle and subdued than the male with drab mottled light Brown feathers, similar to other female dabbling ducks.

Habitat
Open unwooded wetlands, such as Wet Grassland, Lakesides or Tundra. In winter, it will utilise a wider range of open habitats, such as Sheltered Estuaries, Brackish Marshes and Coastal Lagoons.

Diet
The winter diet is mainly plant material including Seeds and Rhizomes of aquatic plants but the Pintail sometimes feeds on Roots, Grain and other seeds in fields, though less frequently than other Anas ducks. During the nesting season, mainly eats Invertebrate animals, including Aquatic Insects, Molluscs and Crustaceans. 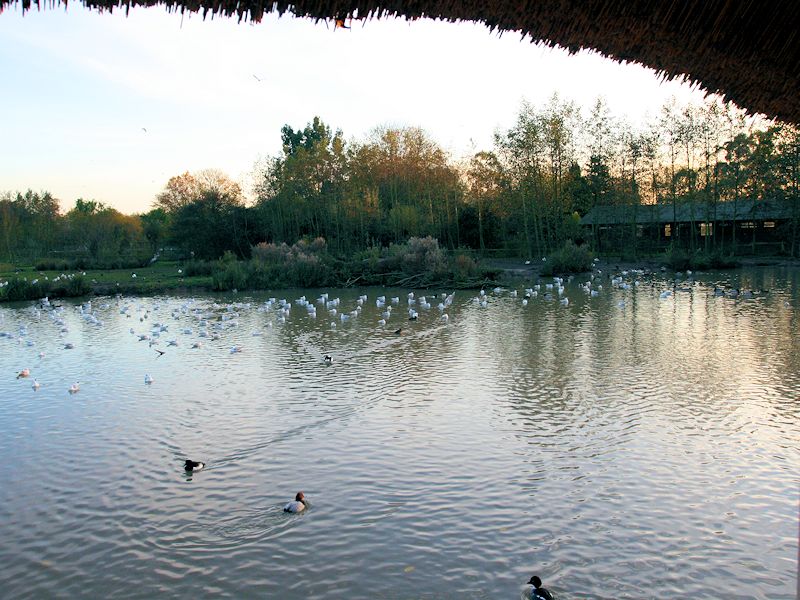 The Northern Pintail can be found in the Back From The Brink Zone, along with the following wildfowl:-