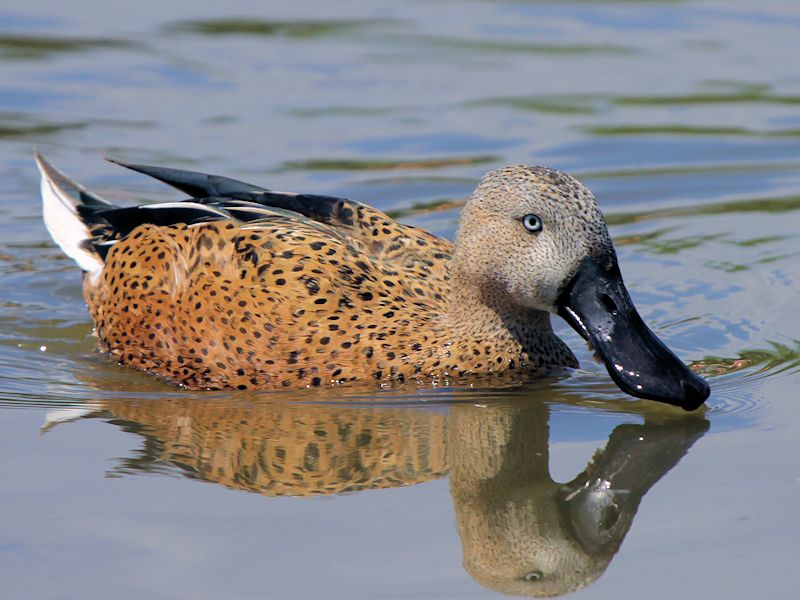 The Red Shoveler, also known as the Red Shoveller, is a dabbling duck of the Anas genus found in South America.

The Shoveler’s bill has a comb like structure on its edges which acts like a sieve to filter out food from the water's surface.

The Red Shoveler is common and is not threatened, it is currently classed as Least Concern.

Appearance - Male
The male has Cinnamon plumage with dark spots, the head and neck are Grey with Black spots on the crown, the eyes are a pale Bluish White and the large spatula shaped bill is Black. The wing has Blue coverts, a Green speculum and White underside. The lower back and rump are Black and the tail is Black with White outer feathers. The legs and feet are Yellow/Orange.

Nest
The nest is built on the ground from twigs, reeds and dry grass. 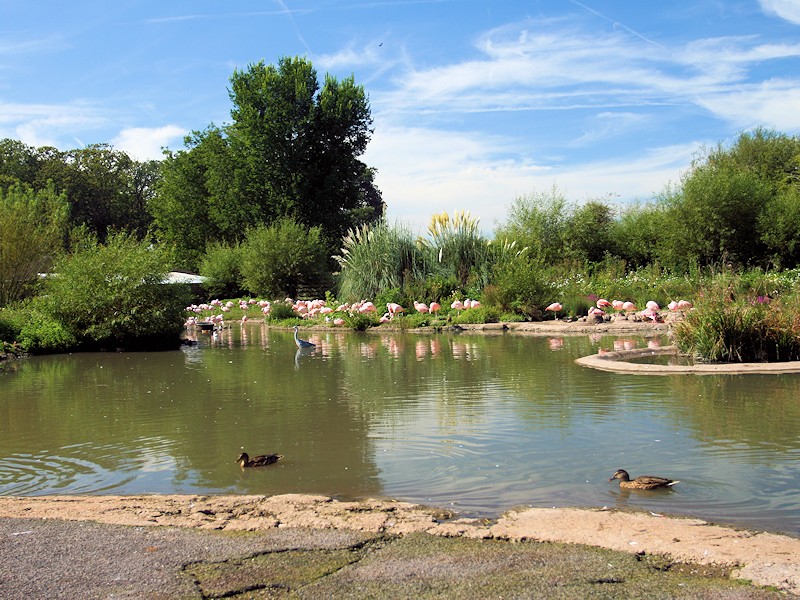 The Red Shoveler can be found in the South America Zone, along with the following wildfowl:-