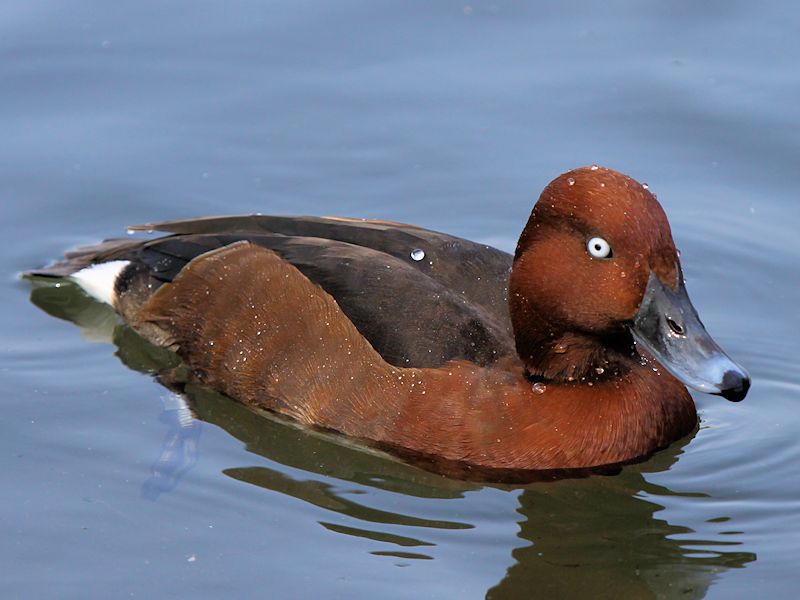 The Ferruginous Duck has suffered decline in Europe due to habitat loss and hunting and now breeds in Russia, Romania and Asia.

The Ferruginous Duck is similar in appearance to the male Southern Pochard but is distinguishable by the White eye rather than the Red eye of the latter.
(Compare the two ducks)

Appearance - Male
The male has a dark collar around the base of the neck, a Grey bill, Chestnut plumage with a Dark Brown back. It has a White belly and undertail, White eye with Dark Grey legs and feet.

Appearance - Female
The female is similar except duller plumage and a Brown eye.

Nest
Builds its nest in a hollow lined with vegetation and down in reedbeds near the water. 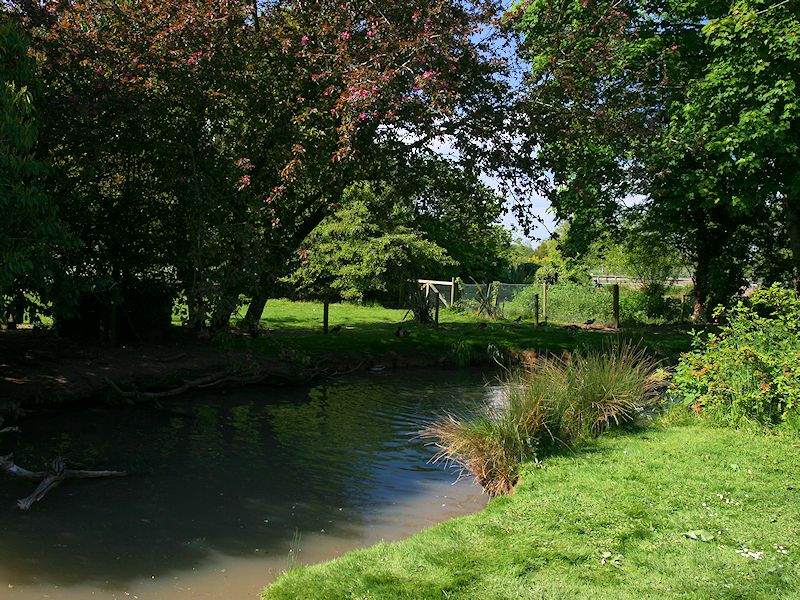 The Ferruginous Duck can be found in the Geese Of The World Zone, along with the following wildfowl:-