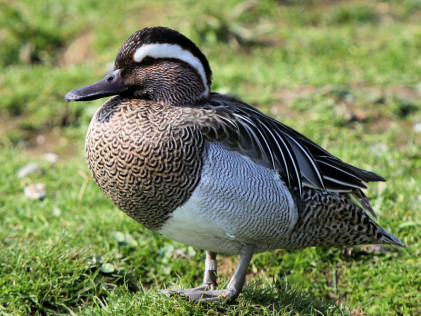 The Garganey is a dabbling duck which breeds in Europe and Western Asia. They rarely breed in the British Isles but can be seen in Marshes of Norfolk and Suffolk.

A potential threat to the Garganey is the loss of habitat due to drainage of wetlands because of reclamation and irrigation.

The population of the Garganey has not shown any significant decline over several generations and is currently classed as Least Concern.

Appearance - Male
The male has a Brown breast and head with a Dark Grey bill and a White crescent around the eye down to the nape. The upperparts are Dark Brown with lighter edges to the feathers, Black and White scapulars, Green speculum with light Grey flanks and belly. The legs and feet are Grey.

Appearance - Female
The female is brownish with a dark crown and dark eye-stripe.

Breeding Time
From May onwards

Nest
The nest is built in a hollow made from grass and leaves and lined with feathers and down, usually concealed by vegetation/undergrowth. 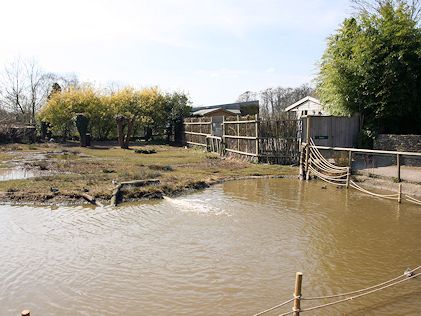 The Garganey can be found in the Otter Pool Zone, along with the following wildfowl:-