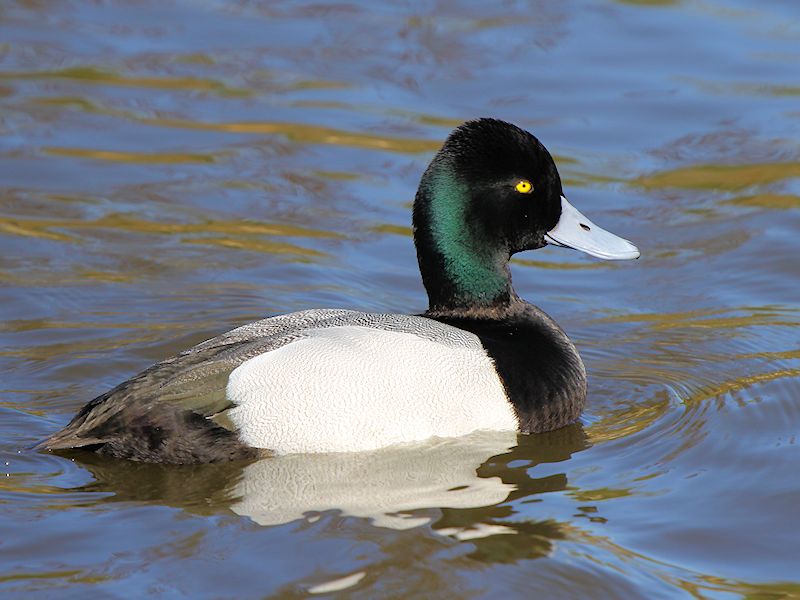 The Greater Scaup is a diving duck and is closely related to the Lesser Scaup though larger. It spends the summer months breeding in Alaska, Northern Canada, Siberia and the Northmost parts of Europe.

Their main threat is loss of habitat due to human intervention and their numbers have steadily decreased over the years. They are currently classed as Least Concern.

The Greater Scaup is very similar in appearance to the Lesser Scaup except larger and more bulky.
(Compare the two Ducks)

Appearance - Male
The male has a Black head with a Green tint, a Blue Grey bill with a Black tip and Yellow eyes. The neck and breast are Black, the upperback is pale Grey with Black vermiculation, the belly and flanks are White. The legs and feet are Grey Blue.

Appearance - Female
The female is smaller than the male and has mostly Brown plumage with White bands on the wingtips, duller Yellow eyes and a duller bill.

Nest
Nests are built on Islands or Lakes near water or on floating vegetation. 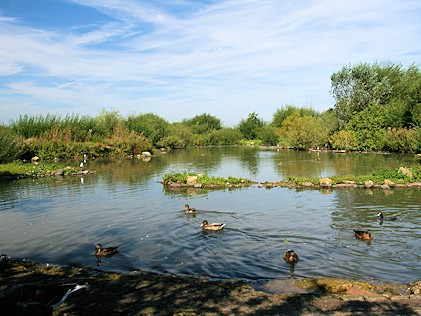 The Greater Scaup can be found in the Tundra Zone, along with the following wildfowl:-