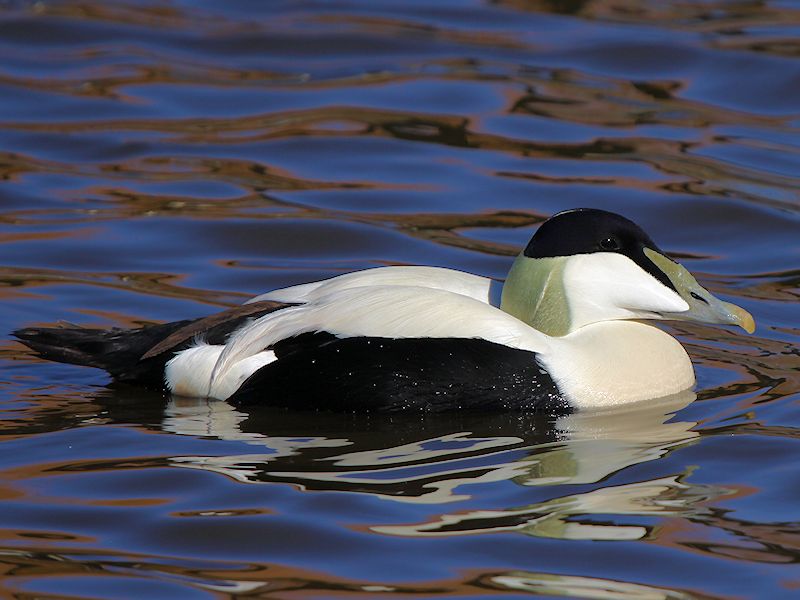 The Eider is a large Sea Duck of the genus Somateria of which there are 3 species, the Common Eider, the King Eider and the Spectacled Eider.

The down of the eider duck (as well as others) is used to fill pillows and quilts which gave rise to the quilt being known as the Eiderdown.

Appearance - Male
The male has a Black head with White cheeks and a Green/Grey nape. The breast and upperparts are White, the flanks Black, a Black rump and tail. The distinctive bill is Green/Grey and the feet and legs are Olive Green.

Appearance - Female
The female has Brown ‘barred’ plumage with a duller Green/Grey bill.

Nest
Built in a slight hollow in the ground, usually sheltered by vegetation or rocks. 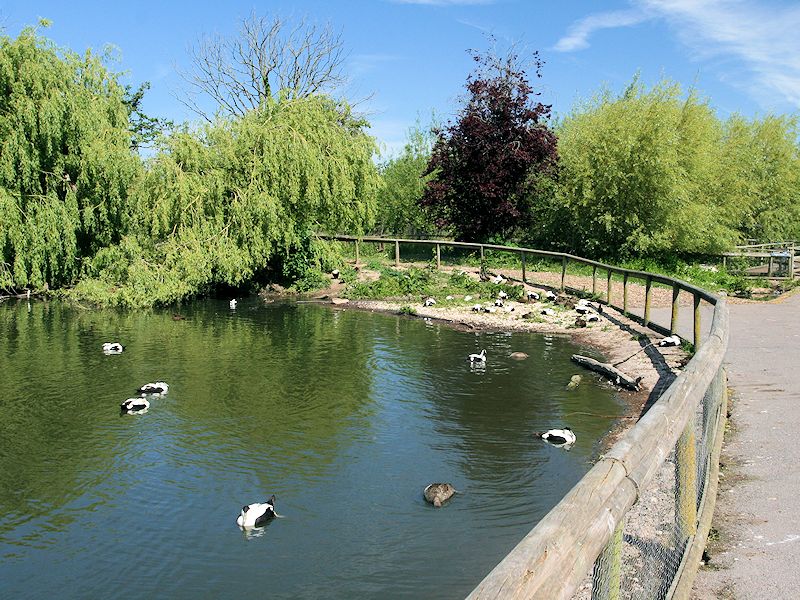 The Eider can be found in the Tundra Zone, along with the following wildfowl:-